In 2013 Kanye West stopped by the Angie Martinez show on Hot 97 in New York to reveal he was cutting ties with Nike after (un-officially) striking a deal with adidas. In interviews Yeezy has been very vocal about seeking a joint-venture partnership in order to get out his design ideas and “revolutionize” fashion and apparel sighting plans to step his game up above Michael Jordan, Jay-Z and P-Diddy and rap veterans like Nas and Mobb Deep.

The fallout was as a result of Kanye wanting a percentage of the royalties, kind of like Michael Jordan, who gets 5% of what his Jordan brand sells.

Yeezy says Nike shot down his request in 2013, stating that royalties couldn’t be justified since he wasn’t actually professional athlete (Nike did, although, offer Kanye a deal to create two collections of 30 items per year after hearing his numerous rants dissing their brand). Though West admits the offer did spark his interest, he had to pass because there was no promise of him ever getting a bigger cut; “The old me, without a daughter, would’ve taken the Nike deal because I just love Nike so much… but the new me, with a daughter, takes the adidas deal.

In latest developments, few days ago- precisely december 31st Yeezy Dropped a track titled ” FACTS” the hook of which goes:

Kanye goes on saying that only Drake and Don C. saved them with their sneaker collaborations.

Almost instantaneously, fall-out business partner “NIKE” dropped its 2016 Nike Entertainer-a sneaker that may or may not be a shot at the new Adidas’ biggest signee, not forgetting that “ENTERTAINER” isn’t a title Kanye adores – his preferred titles being “genius” or “visionary”.
The shoe itself contains more than one reference to the original Nike Air Yeezy 1 and 2. The heel support features stacked ribbing in the leather that is extremely reminiscent of the Nike Air Yeezy 2 in particular, and the swoosh size and placement is nearly identical to both Nike Air Yeezy sneakers. The upper is made up of all red leather and are being dubbed the “Red October” Air Entertainers, although the red is a few shades darker than the vibrant “Red October” Nike Air Yeezy 2s that ended up being Kanye’s final release with the brand.

Yeezy Sneaks
Yeezy sneakers were insanely successful, and the hype alone surrounding the Red October release is bigger than any current Nike shoe in existence. As a matter of fact, Kanye may have driven this point home best during any one of his numerous rants (including the one above) where he claims that no one can deny his design genius because as far back as when he was in fourth grade he was “drawing Jordans” when his “mama couldn’t afford them.”

CEO Mark Parker may have been criticized in the video by Ye in the same rant that mentioned his design of Jordans back in elementary school for saying that he “didn’t understand why people liked the Yeezy’s so much.” On the surface, this question would be considered ridiculous if it was coming from someone who was merely the CEO of a $25 billion dollar brand, but Mark Parker is more than just the CEO – he literally is the Brand himself!

Guess who created those Air Jordan’s that inspire you Kanye?

IF NIKE DESIGNERS can be credited with creating the basic visual language of the modern athletic shoe, then Mark Parker is among the fathers of that aesthetic.

Mark Parker CEO NIKE Sports.
He has been involved in the design of almost every iconic Nike sneaker.Nike has built a billion dollar empire on creating the future and pushing envelopes and boundaries.

Tinker Hatfield the designer of the best-known Air Jordans and Air Max models, two foundational sneakers upon which Nike’s $100 billion edifice partially rests, says that without Parker, his own designs would not have been possible. “We’re a good team,” says Tinker Hatfield. “I might bring more of an artistic and cultural approach to the table, whereas Mark is more driven by solving the problem and letting the elegance of that solution speak for itself.”  The two have been close friends since 1981, when Parker convinced Hatfield, then a corporate architect, to become a footwear designer. “I met Mark because I was helping design his office space,” says Hatfield.

The two went on to form one of the most significant design collaborations in consumer product history, teaming up to sketch and conceive, among other sneakers, the Air Max 1, the first shoe to show a visible air bubble in its sole, an innovation that has spawned thousands of Nike variations and generated billions of dollars in revenue.  With the Air Max, Hatfield’s initial inspiration came from seeing the Centre Pompidou in Paris, with its inside-out approach to architecture.

But it was exchanging sketches—many, many sketches—with Parker that created the iconic sneaker. The two spent months on the road in 1986—traveling together, visiting factories, meeting with engineers and suppliers to determine what was technically possible—and also kicked back and forth a wide range of ideas, until they settled on the basic conceptual designs for the Air Max.

A recent article further explains his position with Nike since 1979, and this quote from Parker makes total sense when you step back and look at the big Nike picture. Any business that wants to realize its potential needs to have good design. The world doesn’t need anymore mediocre product, and designers are all about creating great design. And it should be the same with any company, any brand. It’s really about making sure you’re creating the future. You’re thinking about what’s possible, not just re-hashing what exists. No matter how cool they look, or how impossible they are to get, or how much they are going for on eBay; the truth is, Kanye’s Air Yeezy is just a “re-hash” of a bunch of things that already exist, with a luxury price tag and a super-limited quantity.

Parker’s opinion is pretty valid when you think about how much innovation has been a part of Nike’s M.O. since day one. From revolutionizing the running shoe, to the Jordan brand, Air Max pockets, and most recently, Hyperfuse and Flyknit – Nike puts the ‘IT’ in “JUST DO IT”!

Nike’s success rests not just on better shoes, but also on Parker’s ability to build on a company tradition of being the greatest marketer and seller of those shoes.

Nike has had its biggest year ever despite its October 2015 indictment of paying sponsorship bribes to Sepp Blatter and Jack Turner in the FIFA Scandal. Nike announced plans to reach $50 billion in revenue by 2020, having hit $7.7 Billion in revenue in the last quarter already. Also Nike’s market capital of over $86 billion is just above five times the market cap of Adidas, who fell behind Sketchers in the US for biggest sportswear brands.
Nike stock hit an all-time high in December. The brand created by Bill Bowerman and then expanded by Phil Knight into the most powerful sneaker and athletic-apparel company in the world has always had as its central operating principle the phrase “Serve the athlete.” No matter how excited Parker gets about new technology or a killer sneaker design, he repeats that phrase like a mantra, echoing the company founders who made it gospel.

Nike pays thousands of the world’s greatest athletes millions of dollars every year to earn their cooperation in the design, development and, especially, marketing of the product that Parker is innovating. 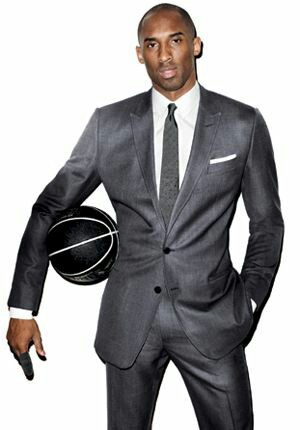 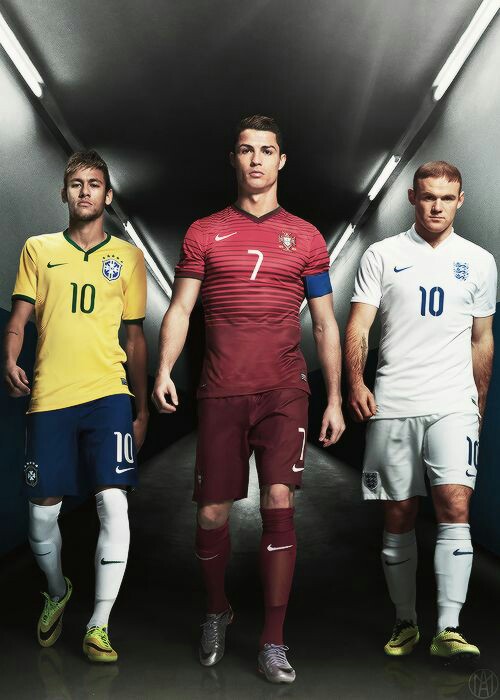 In order to maintain those relationships, Parker spends plenty of time on that jet, flying to meetings with his athlete partners, and also hosts them in his office. “He’s a mentor of mine,” says Kobe Bryant, who receives a reported $15 million per year from Nike. “I go to Mark with all kinds of things. I can bend his ear on anything. He’s a pretty damn busy man but he takes the time to sit down with me.”  Today, Cristiano Rinaldo, Neymar and Wayne Rooney all have relationships with the brand, and with Nike a close second to Adidas in soccer, Parker sees every World Cup as an opportunity to pull ahead. “That’s kind of how we measure time, in World Cups and Olympics.”

Winning an award for best shoe and best brand innovator wasn’t enough for KANYE to throw punches at these veterans.

If you ask me the day I saw the adidas logo on Yeezy Sneakers It looked off. But nonetheless fair competition is good for the industry.

Kanye West has been announced to headline the Governor’s ball in New York mid year as he announced release date of his new album (follow up to 2013 album Yeezus) titled “Swish” to be February 11 2016.

What do you feel about the feud? Drop us a comment below.

There was an error retrieving images from Instagram. An attempt will be remade in a few minutes.