The Search for the 2015 Indomie Independence Day Award for Heroes of Nigeria, a corporate social responsibility initiative of Dufil Prima Foods, Makers
of Indomie Instant Noodles has intensified. 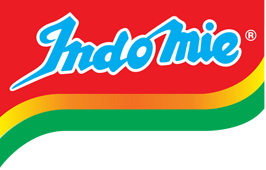 So far, hundreds of entries depicting laudable acts of valor and heroism by children have been recorded. The IIDA award extols the exemplary accomplishments of children who have shown courage and determination in situations that ordinarily would bring fear. Winners are rewarded with scholarship awards of N1m, 750, 000 and 500,000 naira respectively.
A reputable independent research firm
commissioned to carry out the search process on the field, revealed that ‘’tremendous progress is ongoing and several stories have so far been
gathered from the states selected for this year’s edition of the project. In view of the exploratory nature of the information required in this peculiar
type of study, the qualitative technique, via Extended Depth Interview (EDI) technique is being used in other to meet the objectives. This is to enable the interviewers pin down every piece of
information of the concerned individual”.
The research firm also pointed that it has engaged vast experienced executive interviewers and investigators to work at every stage of the entire
search process due to the sensitive nature of the research and also to ensure credibility. Meanwhile, apart from the stories been indentified
and recorded by the Independent Research firm, entries depicting acts of bravery exhibited by children below the age of 15 can also be sent to indomieheroawards@dufil.com.
At this year’s media briefing to kick-off the 8 edition of the IIDA initiative, Mr. Deepak Singhal, Managing Director, Dufil Prima Foods plc, represented by
Public Relations and Events Manager, Mr. Tope Ashiwaju stated that the initiative is significant because it is rooted in the recognition of those
whose best efforts are very often overlooked. He said, “On a daily basis, our beloved Nigerian children perform thousands of heroic acts that save
the lives and property of others at great personal risk to themselves. But the reality is that such acts of bravery often go unsung because the players
involved are minors”. Hence, our belief that they need to be identified
and celebrated publicly in other to encourage and inspire more selfless acts in thesechildren, who would tomorrow hold various leadership positions in the country”.